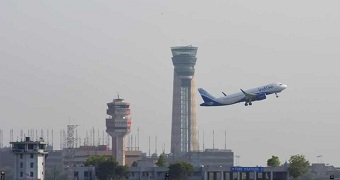 A luxury hotel, a shopping mall, an electric traction system of Delhi Metro Rail, a housing complex in South Delhi, trees, power pylons and telecom towers are among the 176 obstacles posing a potential safety risk to planes approaching the city because they are on the flight path, according to the operator of the airport. On Thursday, Delhi International Airport Limited (DIAL), a consortium led by GMR Group, issued notices to companies, government agencies and individuals asking them to furnish details of the structures, which, according to it , were ”infringing the height restriction” around the airport, two officials aware of the matter said. The details sought included the height of the structures and their vintage.

According to an official of the Airports Authority of India (AAI), the owners will be asked to remove the obstacles in some cases, and if they fail to do so, the Directorate General of Civil Aviation (DGCA) will initiate demolition of the structures. AAI is one of the partners in the GMR-led consortium. In some others, the owner might just have to install a light on the top of a building or remove a water tank that may be infringing the height restriction. This will vary case to case.

“If the approach path of a flight is not clear, it is obviously a safety issue. But whether a building is an obstacle has to be calculated through the distance and height (of a structure), and the height of an approaching plane in that area. There is a set formula for that and there is a possibility that some buildings might have come much later without the approval,” said VK Kukar, a former Air India Pilot. As per the Ministry of Civil Aviation (Height Restrictions for Safeguarding of Aircraft Operations) Rules, 2015, any construction coming up within 20km of an airport has to obtain a no-objection certificate (NOC) from AAI. Based on the latitude and longitude, AAI decides whether it is an obstacle or not, and issue NOCs accordingly