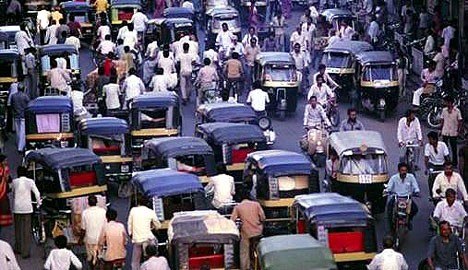 With the aim of bringing the country’s transport system at par with international standards, the Centre is expected to amend the ageing Motor Vehicle Act, 1988 in the coming winter session of the Parliament. This was stated by Union Minister of Road Transport & Highways Nitin Gadkari. “A multi-model transport system on parity with international standards and sensitive to the safety of users is the need of the hour”, said Minister of Road Transport & Highways, Nitin Gadkari, while addressing the 15th Meeting of the National Road Safety Council (NRSC) and 36th Meeting of the Transport Development Council.
The Road Transport & Safety Bill, 2014, an update on Motor Vehicle Act, 1988, is an initiative in this direction, the Minister added. The Bill is proposed to be presented in the forthcoming winter session of the Parliament.

Highlighting the salient features of the Road Transport & Safety Bill 2014, the Minister said, “the Bill provides for a Unified Driver Licensing System across the country, automated testing to eliminate human bias in testing, a Unified Vehicle Registration System in India linked with insurance, vehicle offences and fitness, electronic and online submission of application for registration and development of an electronic platform to ensure collection, distribution and reconciliation of revenue between the various states in a seamless manner to remove the inconvenience the taxpayer faces today”.

In order to improve the enforcement of traffic regulations, cities with population of over 10 lakh will be equipped with automated traffic law enforcement systems, comprising of CCTV cameras, speed cameras and e-challan systems.

Monetary penalties in the 1988 Act have been updated and they have also been supplemented with the provision of refresher training for certain offences and repeat offenders.