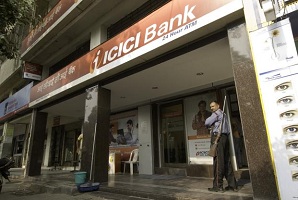 In April, RBI had issued a circular saying that security agencies transporting cash for banks must have a minimum net worth of ₹100 crore—a requirement that could force about 60 companies to shut shop. As banks start implementing the new guidelines, security agencies have moved Delhi High Court and the Competition Commission of India, alleging that the stipulation was “arbitrary and unconstitutional” and will eliminate competition.

A spokesperson of market leader Security and Intelligence Service (India) Ltd, or SIS, however, said RBI’s move is not politically motivated. He said Cash Logistics Association, a lobby of which SIS, is a member, has been recommending that the banking regulator take steps to make cash management more secure. The Indian Banks’ Association, a representative body of the top management of Indian lenders, had also made similar recommendations to RBI, the SIS spokesperson added. Pinak Aditya Chaudhuri, director of Kolkata-based Premier Vigilance and Security Pvt. Ltd (PVSPL), said the net worth of most service providers is less than ₹50 crore. PVSPL clocks about ₹150 crore in annual turnover, but has a net worth of just about ₹30 crore.

“After RBI raised the qualifying norms, we had to give up contracts that would have helped us make ₹26 crore in revenue over the next three years,” said Chaudhuri. Worse still for him, a few banks have even withdrawn the work orders that they had issued earlier. “I don’t know what to do with the new vehicles and the people I had hired to execute these contracts, which have now been withheld,” he said. For smaller players in the sector, one way to stay afloat is to come together and merge their operations