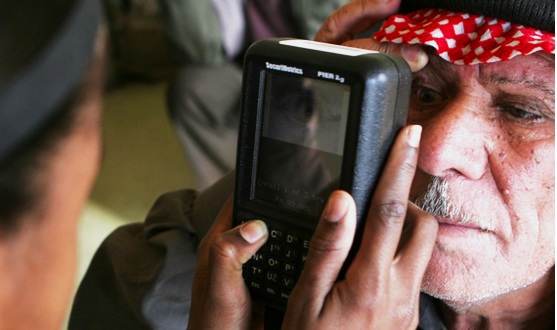 Andhra Pradesh plans to install iris recognition scanners for elderly Indians receiving pensions, after a thumbprint system resulted in too many errors. Some 85 villages and 15 municipal wards in two municipalities of Krishna District have been identified to implement a pilot project for the iris programme. India’s unique ID number, the Aadhaar, is linked to biometric data including fingerprints, iris scans and facial features.

An Aadhar-enabled payment system to validate pension beneficiaries’ identity was introduced in the state in December, with Rs 577 crore (US$93 million) due to be distributed to four million “old age, widows, physically-challenged, toddy tappers [palm wine gatherers] and weavers across the state”.