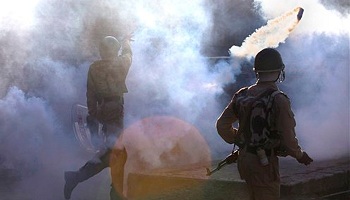 As the debate over using of pellet guns by security forces in Kashmir continues, the Army has said, non-lethal weapons like pepper shots, chilli grenades can be used to disperse crowds. The Army has given the suggestion to a panel formed by the Centre to look into the issue of pellet guns used by the security forces in the Valley. Confirming the development, Northern Army Commander, Lieutenant General DS Hooda, said, The Army has given its suggestions of using less harmful weapons like sonic weapons, pepper ammo and chilli grenades.

The Jammu and Kashmir High Court had rapped the Centre over use of pellet guns by paramilitary forces and asked it to explain why the injuries suffered by people were above the knees — mostly in eyes — despite claims of having trained law enforcement personnel. Many parliamentarians cutting across party lines have favoured stopping of use of pellet guns