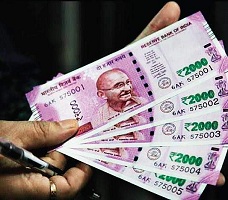 India’s banks have been the target of frauds that have cost them a whopping Rs 16,789 crore over the financial year covering April 2016 to March 2017. Disclosing the details in a written reply in the Lok Sabha, Minister of State for Finance Shiv Pratap Shukla said that the numbers, which are based on RBI data, cover incidents across the gamut of scheduled commercial banks and a few select financial institutions.

“As per the fraud monitoring reports submitted by the scheduled commercial banks and select financial institutions, the amount lost on account of frauds during 2016-17 was `16,789 crore”, Shukla said, adding that an interdisciplinary standing committee on cyber frauds has been constituted by the RBI to monitor and check frauds through the internet channel. This standing committee is comprised of representatives from academia, information security audit, forensic and cybersecurity experts. According to Shukla, the committee reviews, inter alia, threats inherent in the existing or emerging technology, and suggests appropriate policy interventions.

Meanwhile, banks have also been the target of other crimes including bank robbery, theft, dacoity and burglary. “1,012 incidents of bank robbery, theft, dacoity and burglary were reported from different parts of the country during 2016-17. The amount involved in such incidents totalled about `65.3 crore. Further, 393 such cases involving `18.48 crore have were reported in the first half of the current fiscal,” the Ministry of Finance said.

In order to prevent these incidents and mitigate their effects, Shukla said that the RBI advises banks from time to time to enhance security arrangements at their branches and ATMs.“These include coverage of ATM sites by CCTVs, verification of credentials of private security guards, ensuring adequate training of security staff posted at ATMs, etc. Banks have also been advised to review and strengthen the security arrangements in their branches and ATMs to deal with instances of robbery etc. and for dealing with risk perceptions emerging from such incidents. In addition, RBI has forwarded suggestions for improvement, received from law enforcement authorities in this regard, to banks, for consideration and adoption,” Shukla said.