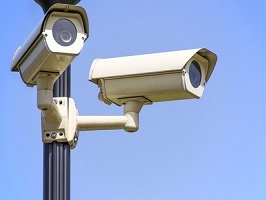 Banks in Dakshina Kannada district were asked install CCTV cameras, as well some secret cameras, not only inside premises but also surroundings of establishments, during a banking security meeting, held recently. It was chaired by Raghav V Yajamanya, lead District Chief Manager, Hanumantharaya, DCP (Law and Order) and C H Sudheer Kumar Reddy, Superintendent of Police, Dakshina Kannada district. SP Sudheer pointed out that some banks in Dakshina Kannada only have CCTVs inside their offices but none outside their establishments.

“During theft incidents it becomes easy for us (Police) to blame laxity of security as there are no CCTVs outside the premises. It is advisable for all banks to have couple of surveillance cameras including secret cameras so that it is not destroyed during thefts,” Reddy pointed out. Police also asked to install motion detectors/sensors as well in the premises which can be turned on when all the staff leave the office premises.

When the issue was raised about ATM kiosks having aged people as guards, police asked banks to recruits only those physically fit and ex-servicemen. Some banks in the district have not deposited demonetised currency, to which police officials asked them disperse it to Reserve Bank of India immediately and would provide security if needed.