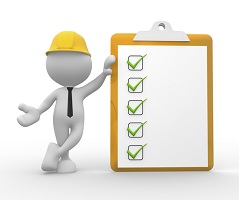 To prevent fire-related mishaps and deaths in Mumbai, the BMC is undertaking a fire safety audit of 6,512 establishments in the city and is mapping areas with buildings which run fire risk. The Maharashtra government will also frame standard operating procedures (SOPs) for, and fix responsibility on, the around 4,000 private licensed fire audit agencies in Mumbai.

“The BMC has identified 6,512 establishments and buildings in Mumbai and has divided them into six categories… and their fire audit is underway,” said chief minister Devendra Fadnavis. He was speaking in the state legislative assembly on Thursday during a discussion on a calling attention motion moved by leader of the Opposition Radhakrishna Vikhe-Patil on the June 30 fire in the Wafa medical store in Juhu galli in Andheri West which caused nine deaths.

Area mapping of high fire risk buildings has been done by the municipal corporation and the fire safety audit of those areas is underway,” he noted, adding that the civic body would be asked to speed this up. Fadnavis referred to how fire safety audits had to be undertaken twice a year for such buildings. There were no SOPs for these 4,000 licensed agencies in Mumbai on issues like whether the certification was right and what action was to be taken if the certification was wrong.

“We have created 4,000 certifying authorities. We will prepare SOPs to (deal with situations like) a fire in a building despite these authorities certifying it or if it comes to light that there are some lacunae (in the audit). The municipal corporation will be told to digitally monitor… the buildings which have been certified. SOPs will also be prepared to fix responsibility and take action on licensed agencies which have given certification after which incidents have taken place,” said Fadnavis.