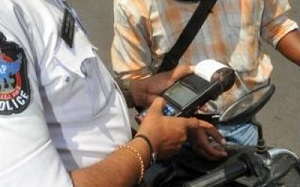 The CAG report has slammed the Delhi Police’s e-challan system, a project which the department has been boasting about over the years. According to the report, the system suffered from data inconsistencies, deficient input control and lack of data integrity. Out of 4,90,776 challans made by five circles, 11 were without any amount, as shown by central server. The system also accepted duplicate challan numbers for the same challan. Out of 66,324 court challans, 26,729 were made with cash, reflecting processing failure.

The report says the court decisions in respect of court challans were not updated in the system. The hand-held device did not have facility for card payment as the vendor did not supply the hardware despite the agreement. The challan machines were even lying unrepaired.

According to the report, weak administrative control and deficiency in the system result in mismatch, both in number and amount of compounded challans. The audit appraised the system for the period 2012-13 to 2014-15 and five circles selected on the basis of heavy inter-state movement of vehicles at border areas. Analysis from five circles showed 4.90,776 cash challans from November 16, 2013 to March 31, 2015. However, as per data provided by these circles, 6,37,410 cash challans were made in this period, leaving a difference of 1,46,634 to be reconciled, the report says.