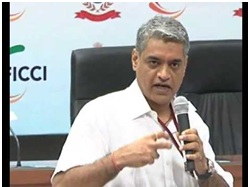 Capt. Raghu Raman has joined Reliance Industries as President Risk, Security & New Ventures. He was till recently the CEO of NATGRID. His earlier stints include joining Mahindra Group as Chief of Operations of its used car business. Later in 2000, he shifted to the Mahindra Special Services Group before taking over as the CEO of the joint venture between Mahindra and British Aerospace, Mahindra Defence Land Systems, in 2009. During his time at Mahindra, he took two breaks to do an executive MBA, at Kellogg as well as at Wharton, and that opened up another avenue: teaching.