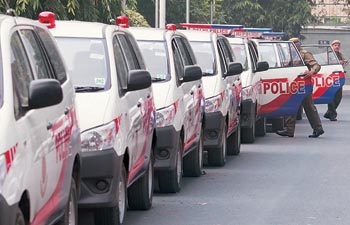 Delhi Police women personnel will soon be seen driving police control room (PCR) vans in the national capital, with 20 women constables shortlisted for the task. They were selected from a new batch of 255 women personnel. Officials said initially they would drive around the Lutyens Zone and later, their service would be extended to other parts of the city. DCP (PCR) R K Singh said, “20 women submitted their driving licences. After a test, they will be allowed to drive.” Currently, the number of women personnel allotted to PCR vans is just 60. The strength will be bolstered with the induction of the 255 constables. Of them, 80 will be given to the PCR call centre and the rest will be on patrol duty.