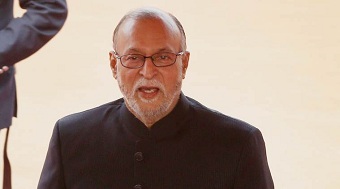 A senior police officer, who attended the meeting, said that the matter was raised by the L-G at a crime review meeting held in the last week of June, where apart from Patnaik, other senior officers were also present. “Patnaik informed the L-G…that there has been a decline in heinous crimes as compared to last year,” an official said.

However, the L-G expressed concern after he was informed of the conviction and acquittal rate of Delhi Police, which he found to be very low. In a letter sent to all the JCPs of ranges on July 3, DCP (Legal Cell) Rajesh Deo said, “While perusing fortnightly report regarding conviction and acquittal for the period of May 1 to May 15, Hon’ble L-G/Delhi observed that the ‘rate of conviction was very low’. The rate of conviction in Metropolitan Magistrate triable cases was 37% and sessions triable cases was 22%.” Deo informed them that the L-G has sought a report with comments and proposed steps to be taken to increase the conviction rate. “The matter may be examined and the report … may be sent to legal cell at the earliest,” he said.

Sources said the L-G had earlier stressed on the need to properly analyse all criminal cases to increase conviction rate. But Delhi Police is still waiting for a clearance to their proposal requesting for creation of 56 posts of deputy legal advisors and 181 assistant legal advisors to the Home Ministry