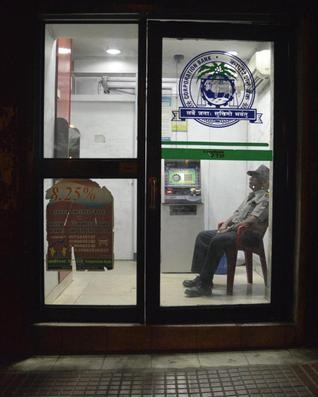 Alarmed by the recovery of a SUV reportedly looted by notorious criminal Rahul Khatta to rob a cash van in Meerut district of Uttar Pradesh, Uttarakhand police have launched a massive campaign to beef up security in banks. As per the preparations, the security guards employed by banks across the state will be provided training by police officers and CCTV cameras will be made mandatory.

IG Garhwal, Sanjay Gunjyal held a meeting with bank officials to alert them about various issues related to security of banks and the cash vans. After the meeting, Gunjyal said, “We have offered to provide proper training to bank guards. The bank guards would be given training at Police Lines.” Besides, the district police would also meet the security agencies providing guards to banks. “We need to ensure that the guards are trained to handle any situation,” said the IG.

After Dehradun, the meeting with bank officials and security agencies would soon be held in the remaining 12 districts of the Himalayan state. Gunjyal asked bank officials to ensure that CCTV cameras are installed in all branches and even in the ATMs.

The cyber cell of Uttarakhand Police will also update bank employees on the latest methods adopted by criminals for cyber crime and train them to prevent such incidents. “We have told station officers to hold at least two meetings in a month with officials of the banks falling under their respective jurisdiction to seek feedback on issue of security,” added Gunjyal.