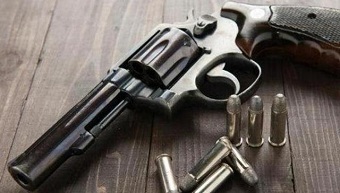 In a country where gun ownership laws influenced by the British are considered extremely prohibitive and firearms legitimately owned by citizens and sportspersons are dangerously outnumbered by weapons in the hands of criminals and terrorists, the Centre has made gun laws even more stringent.

On July 15, the Union home ministry brought into force Arms Rules 2016 through a gazette notification that not only make getting a firearm licence under the existing Indian Arms Act of 1959 more difficult but also bring air rifles, blank firing guns (which are mostly used by the film industry), certain types of battery-powered batons that deliver electric shock and even paintball guns used in games under the ambit of licencing.

The move has come as a shock to gun owners, dealers and manufacturers of air guns. Members of gun dealers’ associations in several states say that they may move court. The attempt to impose restrictions on air rifles is being viewed as a move influenced by animal rights activists and sustained campaign by BJP leader Maneka Gandhi.

While no licence was earlier required to own air guns and air rifles and even toy shops could sell these, the new rules say manufacturing and selling air rifles will require specific licence under the Arms Act. Also, licence will be required for any air rifle generating more than 20 joules of energy. Though air rifles of .177 caliber — this is standard caliber or bore for all national and international competitions — will not require licence, the restriction on energy (20 joules) will apply to these as well. Air rifles of bigger caliber such as .22 (5.5 mm) will be brought under licence regime and restriction on energy will apply.

Though the new rules have made certain category of firearms and ammunition eligible for possession by civilians, getting a gun licence is going to be more difficult, feel gun rights activists. “The laws on inheritance are more difficult. Owning your grandfather’s gun is not going to be as easy as it used to be. It seems the goal is to limit the total number of licence holders in the country,” said Abhijeet Singh, founder member of National Association for Gun Rights India (NAGRI) which has been fighting for liberal gun laws for two decades. “All licence fees have been hiked. It seems these extortionate fees have been formulated assuming that only the rich urban elite own firearms. It seems they don’t realise that the vast majority of gun owners in India own ordinary single/ double barrel shotguns of Indian make, which are worth no more than Rs 5-15,000. For those people paying Rs 3000 as renewal fee is quite difficult,” added Singh.