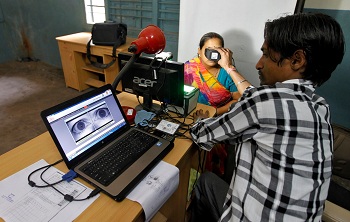 India’s biometrics market is in for continued strong growth over the next several years, according to a new report from TechSci Research. It’s expected to grow at an annual rate of 35 percent (CAGR) between 2015 and 2020. The main driver of India’s biometrics market over the last few years has been the government sector, and that will continue to be the case. Much of that is thanks to the country’s massive Aadhaar project, a biometric registry of citizens connected to electronic ID cards. But other government projects in the area of e-Passports, as well as increasing digitization more generally, will further spur government demand for biometric technology, according to the report.

Meanwhile, the financial services and consumer electronics sectors will also see rising demand for biometric technologies, particularly in the areas of authentication and access control. Moreover, TechSci says that the increasing use of biometrics in security systems is another major market driver, while time and attendance systems, which are already popping up in government offices in connection with its Aadhaar program, will further fuel growth as they spread throughout government and in private offices as well.

Looking at the modalities, TechSci’s report notes that fingerprint biometrics is currently the most popular in the market, with iris and face recognition not too far behind. Voice recognition, meanwhile, is the fastest-growing modality, particularly with its use in mobile devices and in banking applications.