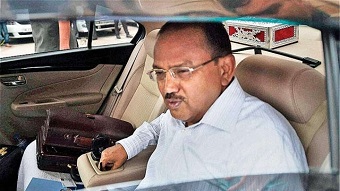 The government has set up a panel, headed by NSA Ajit Doval, to assist the National Security Council, which advises the prime minister on matters of national security and strategic interests, officials said. The Strategic Policy Group (SPG) will assist the National Security Council and undertake among other tasks, a long-term strategic review of country’s security affairs. It will be the principal mechanism for inter-ministerial coordination and integration of relevant inputs in the formulation of national security policies, a top Home Ministry official said