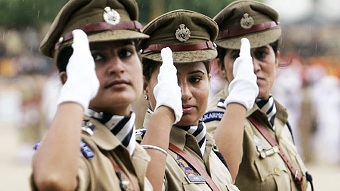 As per reports, their selection was done a few days ago after getting approval from the Ministry of Home Affairs. It is learnt that initially 6 platoons of women personnel will be raised.The deployment would be done on a ‘need basis’ but few dignitaries will get women personnel from the first batch, sources said. Also, women VVIPs would also be on priority in view of the upcoming poll season. These women CRPF personnel will also get training to fire assault rifles such as AK-47s.

The CRPF guards a number of high-profile dignitaries including Home Minister Amit Shah, top Congress leaders like Rahul Gandhi, Sonia Gandhi and Priyanka Gandhi Vadra.
Sources claimed that after witnessing violence during West Bengal polls, “the job of induction of women to protect VVIPs was prioritised to time it before upcoming Uttar Pradesh elections.” During West Bengal polls, some leaders including BJP President JP Nadda were attacked during their rallies and roadshows.

Another senior CRPF official on the condition of anonymity said: “After getting approval from the Ministry of Home Affairs, the process of induction of these women personnel has started. It will be done in a phased manner. Selected women will get adequate training.”
“The proposal was given by Director General CRPF Kuldiep Singh to Home Minister Amit Shah in a recent meeting while he was presenting details of CRPF and the immediate future plans. After getting due approval, it has been decided to induct women to guard VVIPs,” sources said.