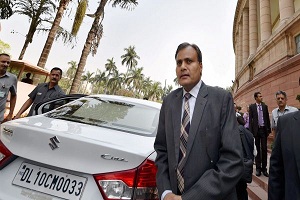 Stepping up coordination between the police and the private security guards has helped in averting many incidents of crime, Delhi Police Commissioner Amulya Patnaik has said. ”Since private security personnel can act as ‘eyes and ears’ of the police, we train them under the Prahari scheme, wherein they are provided a special kit that includes equipment that helps them in discharging their duty more efficiently, ”Mr Patnaik said.

The commissioner was speaking at an event in Dwarka district where he inaugurated the Swasthya Prahari scheme for the private security personnel which will help them by providing health check ups and other medical assistance.

Dwarka district was formed on December 1 , as the area earlier fell under south west district which was too big, Mr Patnaik said. He said that under the Prahri scheme, the security guards are briefed about what things they can incorporate in their regular duty which can enhance their efficiency and the ways through which they can help police to increase safety of the areas, he said.

”If these people, who are present in the area all the time, remain vigilant, it will improve security automatically”, he said. He further said that there had been times when many incidents were averted, and anti social elements nabbed from places like parks etc in residential areas and localities based on the information given by them. On this occasion, the Police Commissioner gave new kits to the guards that included shoes, torch , a safety jacket and masks that would aid them while they are on duty