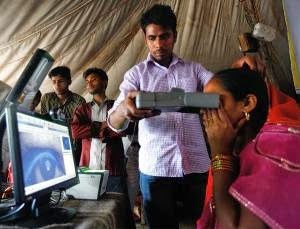 The Border Security Force (BSF) has rolled out biometric scanners at 40 points along India’s border with Bangladesh to catch insurgents and illegal migrants. India has been strengthening security along the 4,096-km India-Bangladesh boundary to prevent trans-border infiltration by militant groups. SK Sood, BSF inspector-general for north Bengal, said that the machines would be used to register villagers crossing the border for work or visits.

Suspects captured by the BSF will now have their biometric data checked against villagers’ data to confirm that they are not illegal migrants or fighters with insurgent groups. The north Bengal frontier, he said, guards 932km of the India-Bangladesh border from Malda to Cooch Behar. “We plan to introduce another 200-odd such biometric machines in the next year,” Sood said. The BSF, he said, will also increase the number of border outposts. “We intend to increase the number of outposts from 199 to 271 for better surveillance,” Sood said.