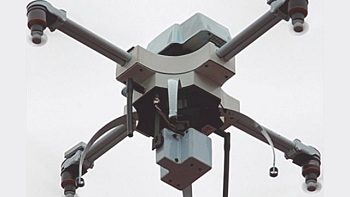 With the objective to bolster its arsenal amid recurring incidents of incursions by Chinese troops, India has sought the latest versions of unmanned aerial vehicles, both the armed and surveillance ones from the USA. Industry sources familiar with New Delhi’s interest and ongoing talks between the two governments, said that India is looking for about 100 such drones worth $2 billion.

India had requested for the latest Avenger drone, which is basically an unmanned combat air vehicle, and is mainly being sought after with an eye on China.
It has also sought Predator XP category which is a surveillance version for internal security issues and terrorist threats. However, while talks in this regard have accelerated in the past few months, the United States has not made any formal commitment or given a public indication pending India’s application to joining Missile Technology Control Regime (MTCR).

Italy, which is upset with New Delhi’s treatment of its marines, appears to have currently blocked India becoming a member of MTCR. However, both Indian and US officials are confident that they would be able to get through the last hurdle in the next few months, thus making it possible to take the defence trade – which would include armed drones – to the next level.

“Yes, General Atomics Aeronautical Systems Inc is aware of India’s interest in Predator®-series Remotely Piloted Aircraft (RPA),” Vivek Lall, chief executive of US and International Strategic Development of General Atomics told PTI. General Atomics Aeronautical Systems produces Predator series of remotely piloted aircraft.
“Due to US export laws, the US government has to approve the export of a Predator-series RPA to the Indian government. GA-ASI remains very encouraged by the recent India-US bilateral engagements at the highest levels and we are hopeful that we can play an important supporting role in these discussions,” he said. “Predator-series RPA could provide a world-class Intelligence, Surveillance and Reconnaissance (ISR) capability for India which would include both high-definition radar and Electro-optical/Infrared (EO/IR) coverage along India’s borders,” Lall said in response to a question. Additionally, the RPA can perform humanitarian aid/disaster relief surveillance over both land and sea, said Lall, who had previously played a key role in the US sale of high tech military assets to India during his stint at Boeing.