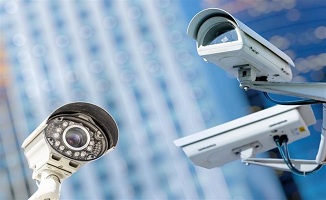 Traditionally, dominated by analogue systems, the video surveillance market in India is set to take the next leap with IP surveillance cameras gradually penetrating the market, which in turn, is driving the demand for video analytics software. This is according to market research company, 6W Research. In the past few years, the video analytics market in India has demonstrated an increased demand from government and commercial sectors to enhance security levels. However, with few players in the market, video analytics is still in the niche stage as compared to developed economies.

According to 6wresearch, the India Video Surveillance Analytics Software market is projected to grow at a CAGR of 32.7% during 2018-24. Growing demand for increased security attributed to rising terrorist activities and growing crime rate in addition to rapid urbanisation, increased IT spending and a stride towards internet protocol-based technologies, IoT, cloud, automation and artificial intelligence would further proliferate the demand for analytics software in the country. Additionally, the market would further thrive with the implementation of Smart Cities Mission of government of India. The research finds that around $4.5 billion have already been spent and the remaining $25.4 billion would be distributed accordingly to the smart city projects over the next few years.

“Amongst the micro applications, intelligent video analytics solutions were largely preferred for perimeter intrusion detection, ALPR, counting and crowd management and incident detection. Moreover, incident detection and counting and crowd management would further exhibit higher growth during the forecast period with ALPR and perimeter intrusion detection to remain as the major applications for analytics solutions.” Ravi further added.
According to Rishi Malhotra, Senior Research Associate, Research and Consulting 6wresearch, “Amongst all the verticals, the government & transportation bagged the largest slice of India video surveillance analytics software market pie followed by commercial & industrial vertical. Additionally, verticals such as industrial, primarily manufacturing and oil & gas are stepping forward and adopting video analytics technology to a great extent. Furthermore, a shift towards intelligent video analytics solutions is also being witnessed in the BFSI vertical” “Amongst all the regions, the Northern region witnessed the highest number of installations of video surveillance camera, thereby, leading to higher demand for video analytics software. On-premise, amongst the deployment types, overshadowed the revenue contribution of on-cloud analytics software in India owing to security concerns amongst the verticals such as government and BFSI.” Rishi concluded.