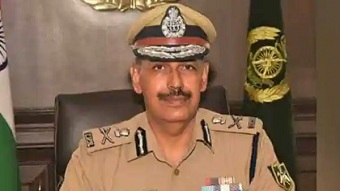 Senior IPS officer Sanjay Arora has taken charge as Delhi Police Commissioner, said officials. The 57-year-old officer was accorded the ceremonial guard of honour by the police force upon his arrival at the Delhi Police Headquarters here. The officer is due for retirement in 2025.

He was appointed as the commissioner of Delhi Police by the central government following the retirement of a 1984-batch IPS officer, Rakesh Asthana, who is a Gujarat-cadre IPS officer and spent nearly 38 years in service.

This comes a day after the Union Home Ministry approved Arora’s inter-cadre deputation from Tamil Nadu cadre to the Arunachal Pradesh-Goa-Mizoram and Union Territory (AGMUT) cadre. Delhi Police functions under the Ministry of Home Affairs and its officers belong to AGMUT cadre.

Previously, IPS Sanjay Arora served as the Superintendent of Police of the Tamil Nadu Police Special Task Force, where he was awarded the chief minister’s gallantry medal for bravery during the process of hunting down forest brigand Veerappan.

“The 57-year-old officer had played a crucial role in forming the Special Security Group to provide security to Tamil Nadu Chief Minister. The group was formed during the heyday of the Liberation Tigers of Tamil Eelam (LTTE), which led the separatist war for a separate Tamil homeland for three decades in Sri Lanka,” said officials.

Meanwhile, outgoing Delhi Police Commissioner Rakesh Asthana has said although he has retired, his desire to work for the force and the public remains intact, and asserted that he did not feel a “headache even for a minute” while performing his duty. “Although I have retired today, I believe I can do a lot more for the Delhi Police, the people and the country… I still have that desire to work. But then, anyone who joins the force has to retire one day,” Asthana said in his farewell speech.