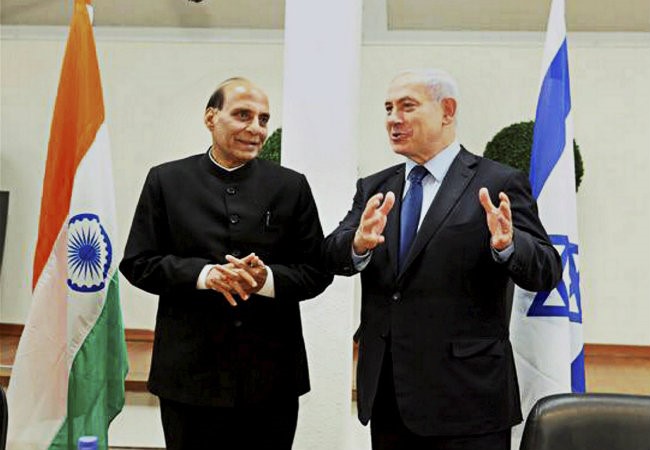 During the Indian Home Minister Rajnath Singh recent visit to Israel, the Israeli Prime Minister Benjamin Netanyahu briefed him on technologies that have been developed by Israel in areas such as aviation security, border protection and water harvesting. He said Israel was ready and willing to discuss transfer and development of such technologies with India.

The Home Ministry statement also said a delegation from the Israeli industry would be happy to visit India to explore manufacturing opportunities in different sectors. In this context, Rajnath Singh also mentioned the possibility of exploring third country markets in Africa and Latin America, where Indian industry has a strong presence. Rajnath Singh said that emphasis of India-Israel bilateral relationship should be on building a “hi-tech partnership.” He also said that “terror was a threat not only to countries like India and Israel but to the whole world”.