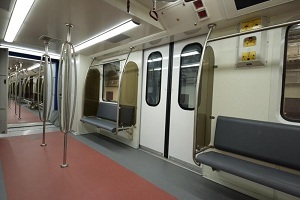 Indian Railways has proposed that RPF be given the responsibility of securing the premises of all upcoming metro stations in the country, a senior official said. The railway board has written to the Ministry of Housing and Urban Affairs saying that the Railway Protection Force (RPF) which is already guarding the Kolkata Metro be made in charge of security for the new metros in Lucknow, Nagpur, Chennai, Pune, Ahmedabad, Bangalore, Indore, Bhopal and Hyderabad.

“Having a single dedicated force for the Metro Railway is advantageous since the staff can be trained in the safety and security requirements of the metro. The RPF has specialised training because it is already securing suburban stations for years,” said a senior official.
The official also pointed out that the move will also be cost effective. Presently, the Central Industrial Security Force (CISF) charges Rs. 1.84 lakh annually per jawan for securing metro premises, while the RPF charges only Rs. 78,000 per jawan yearly.

Also, as the RPF is entrusted with the responsibility of protection and security of railway property, passenger area and has the power to arrest, investigate and prosecute criminals, it would be able to use them at stations as well. “The RPF with only 900 staffers is managing Kolkata metro which has a footfall of about five to six lakh commuters daily. They have both the expertise and the experience to manage and secure mass transport system like Railways, so they are equipped to deal with metros,” the official said. The RPF has a sanctioned strength of 74,456 personnel