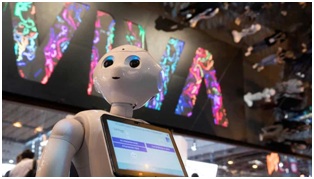 The next time a blaze erupts in Mumbai, you might see a thermal-camera-assisted robot doing the firefighting. If the Brihanmumbai Municipal Corporation (BMC) gives the nod, the city’s fire brigade will acquire the robot for a cost of Rs 92 lakh.

The robot, built using Chinese technology, will be remotely guided by fire brigade officers to the source of the fire and douse it. The inbuilt thermal cameras will be able to see through both smoke and darkness. The fire brigade plans to use the robot especially in congested areas and if the fire is caused by a chemical leakage. This proposal has been tabled before the BMC’s standing committee, which will take a decision on it.

The body of the robot is made up of aluminium sheets which can withstand temperatures up to 700 degree Celsius. “The robots will be used in life-threatening situations and where it is extremely dangerous for the fire brigade officials to venture in,” said a fire brigade official. “The robot can spray water and foam mist up to 80m. It will have a hydraulic lift attached to aid climbing stairs. It will come handy in a fire in dilapidated structures, multi-level basements without ventilation or places with narrow passageways.” The firefighting robot is a pilot project and further robots will be procured depending on its success. This year, the civic body has allotted Rs 151 crore towards the acquisition of new technology, as compared to the Rs 165 crore in 2017. The BMC also plans to buy fire-mapping drones.