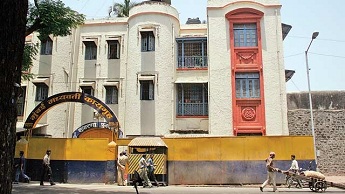 Maharashtra home department has proposed addition of floors to solve the problem of overcrowded jails in the city. Mumbai’s jails are presently filled 300-400% of their capacity. “Prisons in the city are only ground floor or ground plus one structures. We will construct additional floors to make them ground plus three or ground plus four structures,” additional chief secretary Vijay Satbir Singh said. There is no space to expand horizontally, so going higher up is the only option, he said. He said vertical prisons are there in many cities abroad and adequate security measures will be added when the floors are increased.

But Taloja prison in Navi Mumbai will be expanded horizontally, as there is vacant space next to it. It has adequate space and inmates from here are regularly transferred there. While Arthur Road, for male undertrials only, has an official capacity of 804 inmates, it houses over 2,900. Byculla jail has separate sections for males and females. Its overall capacity is 365 (200 male and 165 female), but it has around 900 inmates, including more than a dozen children who are with their mothers. The same is the case with the Thane and Kalyan central jail.

Officials said they have been scouting sites for new jails for very long, as sending undertrials to jails outside the city is not feasible. They have be brought to courts for hearings and shifting prisoners too often is a security hazard. “We have been looking for alternative sites and have finalised one in Mankhurd. We have asked Mumbai Metropolitan Region Development Authority (MMRDA) for the site for an additional jail but we are yet to hear from it,” said a senior official.