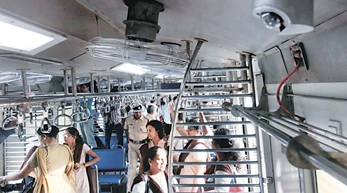 In order to ensure better safety and security to passengers including women, the north western railways (NWR) is planning to install high definition (HD) CCTV cameras at 33 railway stations. NWR planned to install at least 900 cameras in the next 4 to 5 months. C S Ray, Chief Security Commandant, Railway Protection Force(RPF), NWR, addressing a press conference at Jaipur railway station said that majority of the ‘A’ category railway stations, including Jaipur, Udaipur, Jodhpur and other,s already have got CCTV cameras. “This time around, we are also planning to make smaller stations like Dausa, Gandhi Nagar, Alwar, Phulera and others to get equipped with CCTV cameras. This will enable us to provide best facilities to passengers in terms of safety and security,” added Ray.

Likewise, more baggage scanners would be installed at Jaipur railway station. “It is usually seen that due to less scanners, there is always a heavy rush and congestion at these counters. Thus, we will have more such scanners to clear the congestion,” he added. RPF is also planning to have separate barracks for the woman cadets and personnel.