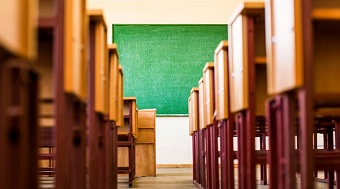 The Delhi High Court has said there was nothing wrong with having CCTV cameras inside classrooms and rubbished the claims that children’s right to privacy would be affected. A bench of Chief Justice Rajendra Menon and Justice V K Rao said there was “no privacy issue” with regard to having closed circuit television (CCTV) cameras in classrooms as nothing private was being done there.

The concerns of privacy have to be balanced with safety of the children, it said, adding that often parents accuse teachers of not teaching and therefore, the cameras in the classrooms will show the correct picture. The observations were made by the bench while hearing a PIL against the Delhi government’s proposal to install over 1.4 lakh CCTV cameras inside classrooms of its schools.

Advocate Jai Dehadrai, appearing for petitioner Daniel George, urged the bench to issue an interim direction putting on hold the procurement of the cameras. He argued that it was not healthy to have cameras inside classrooms where children, including girls, often discuss personal things amongst themselves. The bench rejected the plea for interim relief, saying there was nothing private happening in classrooms and even the Supreme Court was proposing to have CCTV cameras to record court proceedings.

“Every good thing that happens has to be challenged by someone,” it added. The Delhi government, represented by additional standing counsel Sanjoy Ghose, told the bench that feed from the cameras would be password protected and accessible to parents and not any strangers. It also said that a standard operating procedure (SOP) for using the cameras will be formulated and the petitioner can give his suggestions as well.

The submission was made as the petition had contended that installing cameras without there being any regulatory mechanism on access to its footage could lead to incidents of stalking and molestation. The petitioner, who claims to be involved in the field of education awareness, has also sought that a feasibility test be held amongst the target population of students and teachers to understand the issues they face when it comes to surveillance.
The plea further states that even the South Delhi Municipal Corporation (SDMC) proposes to install 4,348 CCTV cameras in 344 schools run by it. It has sought quashing of the proposals of both the Delhi government and SDMC as well as framing of guidelines for effective regulation on access to the CCTV footage