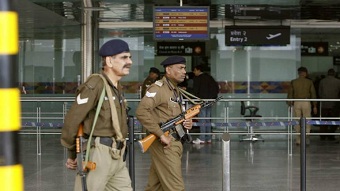 The Passenger Security Fee (PSF), that travellers have to pay at airports, may see a sharp rise soon. Airport operators have informed the government that the current PSF is not sufficient to meet costs and the amount should be hiked. At present each passenger shells out Rs 130 as PSF, which is used to pay salaries of Central Industrial Security Force (CISF) personnel deployed at airports and for state police personnel.

The fee could be hiked by 50 percent, according to reports. The issue has been raised at the IGI Airport in Delhi, where the CISF has sought Rs 600 crore as dues from Delhi International Airport Pvt Ltd (DIAL). The annual expenses to meet salaries of CISF personnel and other staff has been pegged at Rs 900 crore, and the CISF is facing a shortfall of Rs 100 crore, which is met by the Airports Authority of India (AAI).
The Home Ministry had earlier threatened to pull out CISF personnel from airport security.

“The amount from this head goes only to pay salaries for deployment of CISF personnel at airports… Our annual expense on this head is about Rs 900 crore and we face a shortfall of Rs 100 crore. All airports operators have submitted their projections to the aviation ministry and talks are on with them on hiking the PSF amount,” AAI Chairman Guruprasad Mohapatra said. Airport operators in Mumbai, Delhi, Bangalore and Hyderabad are yet to comment on the shortfall of payments. DIAL has admitted that the collection from PSF is less than the cost of deploying the security at the airports. It also warned that it did not have sufficient funds to meet the expenses either.