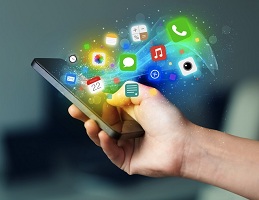 An app, launched by Prime Minister Narendra Modi, helps the citizen locate the nearest police stations wherever he or she is. Not just that, the Indian Police app provides the names of the police stations, the telephone numbers, the distance from the place where you are and how much time it will take to reach whichever police station one wants to go to. The app also prompts one to call any of the numbers listed with the ‘Tap to call’ facility. The app provides the police station number, the control room number and also the SP office number. However, no mobile phones numbers are provided.

The features of the app are citizen-friendly, as could be seen after it is downloaded. Getting through to the police should no longer be difficult. The app was developed by NIC. Narendra Modi inaugurated the app during the conference of DGPs at the Sardar Vallabhbhai National Police Academy (SVPNPA)