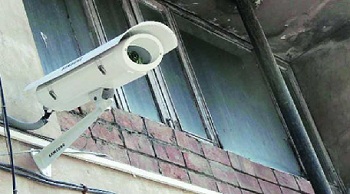 The ‘traffic police control room and CCTV cameras’ project for Gurgaon has been put on hold as MCG has set up an inquiry to look into the expenses involved. The CCTV cameras were to be functional by March 31 this year, and accordingly the police department had planned to launch its traffic control room which was to draw on the CCTV images for its functioning, in April. But MCG has challenged the procurement process and says the cost is very high and unjustified.

The 61 cameras — with night vision, automatic number plate reader and pan-tilt-zoom feature — were installed at 13 locations including Sadar Bazar, Railway Road, Rajiv Chowk, IFFCO Chowk and Signature Towers. However, MCG sources said the cameras have been procured at an inflated cost as compared to the estimate. The accessories for the set-up such as software, UPS, monitors, recorders, annual maintenance charges, installation charges, networking, etc comprise about 80% of the cost, while the cameras cost only 20% of the Rs 5 crore project. Also, the set-up is sufficient to take a load of more than 400 CCTV cameras in Gurgaon, while only 61 cameras have been installed.

Reports say that it was being charged Rs 8-10 lakh for software that cost Rs. 4-5 lakh. “MCG is unable to stomach the annual maintenance cost of Rs 1 crore when the cameras are under warranty for five years. Then they have quoted for three engineers a day, that is, one in each shift for maintenance, which is not realistic. There are many such discrepancies and with even 400 cameras it should not cost more than Rs 2-2.5 crore,” the MCG official said.

Apart from the cameras, other articles are yet to be delivered. “This system should be optimally utilised. We find that hardware can easily be reduced by 40-50%; maintenance is not required for gadgets under warranty period; and installation cost can be reduced to 50-60%,” the official said. MCG joint commissioner Rohit Yadav said the project needed amendments on two counts. “First, the procurement of optimum number of CCTV cameras for the control room, and secondly, establishment of the control room at the most competitive prices. The load of the cameras has to enhance at least by three times so the average cost of the camera is reduced. Two companies bid for the project and now we have opened the table for renegotiations but the subject is under inquiry. We have written to them and are waiting for their reply,” Yadav said.