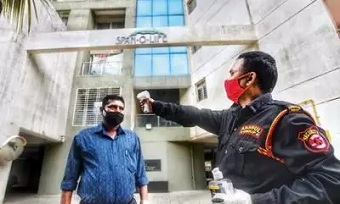 Housing societies in Pune have called out the “impracticality” of providing personal protection equipment (PPE) kits to private security guards in micro-containment zones, considering their shrinking coffers and rising heat. They have also demanded their proper representation in the state government orders concerning them.

As per the recent state orders, any co-operative housing society with more than five Covid cases will be declared as a micro-containment zone. Such housing societies will have to provide PPE kits to their private security guards to allow their movement, failure of which will attract “exemplary fines”. “With an increasing number of housing societies coming under the micro-containment zones, it is practically impossible to have private security guards work in PPE kits in this heat… How are such orders issued? They are clearly impossible to follow,” said Suhas Patwardhan, chairman, Pune District Cooperative Housing Federation. The state chapter of the federation has over 1 lakh housing societies as its members, including 20,000 in Pune.

Federation members have sent a letter to the state government, urging officials to involve them while issuing orders concerning them. The order also demands video recording of the movement of people within and outside the sealed societies by private security guards, which has also failed to find any favour with the federation.

On the penalty part, Patwardhan asked if the local authorities would provide the PPE kits.
Ravindra Sinha of the Baner, Balewadi and Pashan Residents’ Association too questioned the state move and said how would the security guards work in such summer heat wearing PPE kits. “Adequate measures like masks, sanitisers, physical distancing, temperature and oxygen checks are already in place. Then why do we need such impractical rules, which only stress out the society members,” he said.

Members of a sealed society said their security guards were already wanting to go back to their native places and such rules would only add to their problems. The federation members also raised the de-notification issue of the containment zone, which often takes time. “Some of the housing societies have been in the containment zone for weeks as there are new cases. To be de-notified, there should be no new cases till 10 days after de-notification,” a member said. 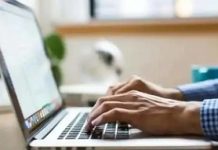 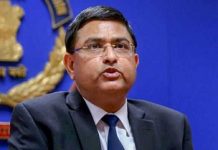