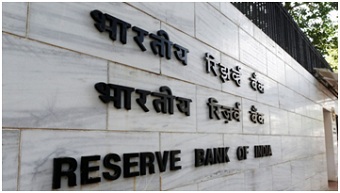 The Reserve Bank has initiated an exercise of upgrading measures for secured storage and movement of currency at over 4,000 chests across the country in view of heightened threat perception. In recent times, several instances of looting of cash vans and banks, as well as ATMs dispensing fake currency notes have been reported from different parts of the country.
The RBI has already constituted a High Level Committee on Currency Storage and Movement (HLCCSM) to review the existing security arrangements relating to storage, movement and processing of currency.

The RBI is now seeking global expertise to assist the Committee in matters relating to security aspects, movement and storage of currency, automation of currency processing and handling. Expression of interest from experts has been invited for “identifying international best practices in movement, modes of transport, storage systems and processing of currency notes from the point of view of security, process efficiency and cost efficiency”. The selected expert will also help the panel in devising a Standard Operating Procedure (SOP) for movement of currency.

HLCCSM was set up in the context of “changes in security environment”, availability of technological tools and aids to enhance security, superior and more secure modes of transport and increasing volumes of currency. The bank notes printed at four security presses and coins minted are received at 19 Issue Offices of the RBI from where these are further distributed to over 4,000 currency chests operated by banks. The soiled and not fit for circulation notes are withdrawn by banks and deposited in the chests. The old 500/1000 rupees notes which were deposited by the public in banks following demonetisation too were deposited in the chests.