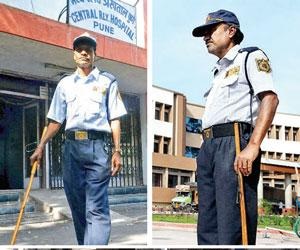 Unable to bear the pressure on its forces, RPF made this unique move. Railway ministry has turned a deaf ear to its needs for the pa.t 10 years. In a first ever move of its kind, a government agency that is entrusted with the task of ensuring security for the public has outsourced its work to a private body.

The Railway Protection Force (RPF) has suffered the shortfall since a decade, in which span the footfall of passengers at Pune railway station has increased from nearly three lakh to over five lakh, while the number of trains plying the route has gone up from 120 to over 180. The number of security personnel all the while has remained a constant low at 70 in the main city. Correspondence with the railway ministry in this period has been futile.

An agreement between RPF’s Pune division and city-based Accurate Security Service was recently inked, following which 22 private security guards were deployed from November 1. The fresh recruits are now manning the newly-built office of Divisional Railway Manager (DRM), the railway hospital at Pune station, and railway colonies at Tadiwala Road and Koregaon Park.

“It was becoming very difficult to operate on such shoestring manpower. We had no option but to seek out a private agency,” said assistant security commissioner of RPF’s Pune division, L B Singh. This move has called for a classification of jurisdiction into core and non-core areas, where RPF personnel have been deployed in sensitive areas such as railway platforms, tracks and coaches.