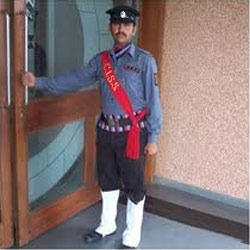 Security Association of India has written a letter to the Reserve Bank of India requesting it to pass instructions to banks to enhance security in and around their ATMs to guards against incident like the one that happened in Bangalore recently.

SAI president Mr Gurcharan Singh Chauhan has written that banks were trying to cut costs by leaving the ATMs unattended and also insisted that only guards from licensed guarding agencies should be recruited by the banks for the safety of ATM and its users. He said this would also act as an additional employment generator since each ATM would have a security guard.

Mr Chauhan also says that the banks should keep track of the guards’ whereabouts and have their records cross checked for safety. He also said that banks must install CCTVs in ATMs and also have a provision for a siren which can activated in the event of an emergency. Mr Chauhan wrote that ATM’s shutters should be replaced with grills to ensure that happenings inside the ATMs are not invisible to people outside.  He said that the banks should consider having armed security guards for ATMs since there was a genuine threat perception here.

He also suggested that apart from special emergency handling situation training for guards, they should also stop people from entering the ATMs with faces covered as happens when sometimes people enter the ATM with the helmet still on their heads.  Mr Chauhan emphasized on the need for banks to stick to regulations that were already in place but banks were trying to side step them.