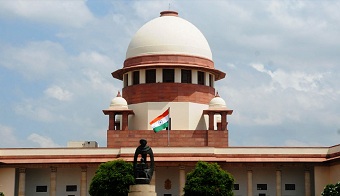 The Supreme Court has sought the Union government’s response on a PIL alleging flagrant violation of fire safety norms specified in the National Building Code, 2016, by builders and startled the court by saying even the SC and Parliament buildings did not comply with fire safety norms. Appearing for PIL petitioner ‘United Human Rights Federation’, senior advocate Parag Tripathi told a bench headed by Chief Justice Dipak Misra that real estate developers, either knowingly or unknowingly, violated fire safety norms, endangering the lives of people who bought houses in residential complexes. He alleged that there appeared to be a collusion between authorities and developers in grant of fire safety clearance.

Though the petitioner made all states and Union Territories parties in the PIL, the bench said it would seek response only from the Union government for now. The PIL, filed through advocate V K Biju, said that every year, approximately 25,000 persons died or suffered injuries from fire accidents in buildings. “A total of 20,377 cases of fire accidents were reported in India in 2014, in which 19,513 died and 1,889 were injured. Of these cases of fire, more than 18 per cent were reported from residential buildings. Maharashtra with 4,805 fire accidents in 2014 accounted for nearly 24 per cent of the total such incidents,” the NGO said.

What came as a surprise in the PIL was the assertion that “there are flagrant violations in the buildings of the Supreme Court and Parliament House as far as fire safety management is concerned”. The NGO cited newspaper reports to back its claim. The petitioner sought strict implementation of the SC’s 2009 judgment which came following a fire tragedy in a school in Kumbakonam, Tamil Nadu, where 93 students were charred to death.