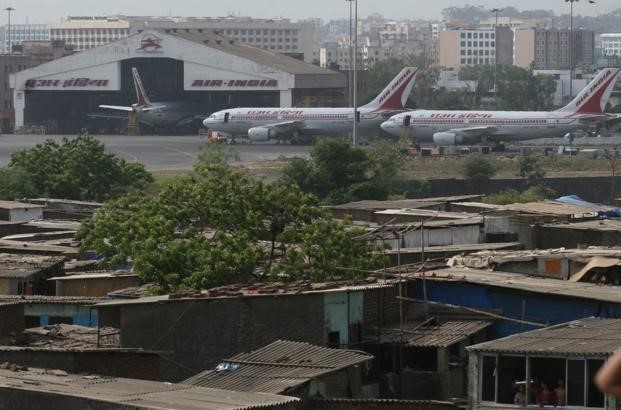 The civil aviation ministry has written a letter to Maharashtra Chief Minister Prithviraj Chavan, urging him to consider rehabilitation measures for slum dwellers living around the Chhatrapati Shivaji International Airport, citing them as a major security threat as they are located in close vicinity of aircraft operations.

Chavan confirmed that he had received the letter and assured that the govt. would take steps to remove slums around the airport. In the letter to Chavan, Raju said that slums around the airport pose a grave security threat,
The recent attacks at the Karachi airport point to the necessity of ensuring that threat perceptions to airports are mitigated. The Union civil aviation minister Asok Gajapathy Raju also told the CM that besides security reasons, freeing up of land around the airport would help in expansion of CSIA in the space-constrained airport.