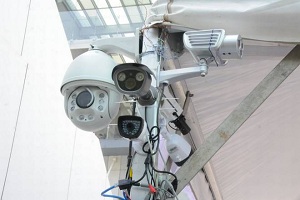 In an attempt to make best use of technology for women safety, 10,000 CCTV cameras powered with Artificial Intelligence (AI) will be installed in the city. The Union ministry for women and child development has approved Rs 667 crore for Bengaluru under Nirbhaya funds to provide safety for women in public spaces and transport systems. The IT capital is one among eight cities of the country which have been selected for the ‘safe city’ plan focusing on women security. Delhi, Kolkata, Mumbai, Chennai, Bengaluru, Hyderabad, Ahmedabad and Lucknow are the eight cities selected.

According to the proposal made by city authorities- ‘Suraksha Mitra,’ 10,000 cameras powered with AI will be installed at 4,522 junctions in the city and the remaining on the main roads which totally will cover a distance of 2,714km.The cameras will be able to observe and predict as well as react to people who display odd behaviour. To learn what this kind of behaviour is, the AI system will observe and learn human behaviour over a period of time.

The camera will learn how many people cross a particular street every day at a particular hour. If the camera notices a drastic increase in number of people, it will mark this as an anomaly and report it immediately, says BBMP in its proposal. Called ‘Smart Eyes,’ the AI-enabled security camera system uses one of the recent modules developed by POLSEC called Kinetic for security (KFS). This system uses AI to predict and react to people with odd behaviour.

The proposal also recommends surveillance at public places, placement of NGO volunteers at women’s helpdesk in police stations and critical care response units at leading hospitals, women police outposts and the creation of safety islands at vulnerable places. It also includes introduction of Rani Channamma teams of women to sensitize the public. City police commissioner Suneel Kumar T said that they had also recommended some steps which can be taken for the safety of women. According to a senior official of the ministry of women and child development, “These proposals have been sanctioned for a period of three years on a cost sharing basis of 60:40 ratio with states.”