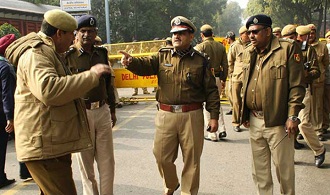 A Police Complaints Authority, which will look into grievances against police personnel, will be formed in Delhi soon. The Supreme Court had, in 2006, ordered that a Police Complaints Authority be set up in each state to look into complaints against officers of the rank of Superintendent of Police and above. The court had ordered that the authority be headed by a retired judge of the respective High Court or the Supreme Court.

Sources in the Delhi government said the Home department is in the process of finalising the outline of the authority and its powers. It will look into serious complaints such as death or grievous injuries in police custody, custodial rape, illegal detention, land grabbing by police personnel, and abuse of power. Some states and Union Territories, such as Maharashtra, Punjab, Jharkhand, Haryana, Andaman and Nicobar Islands and Puducherry, have set up Police Complaints Authorities.

“The court order was passed several years ago. Some states have already followed the order and formed the committees. Delhi has a public grievance redressal cell but if action and enquiry against police personnel needs to be handled properly, a separate cell with powers has to be in place,” said an government official, requesting anonymity.

According to sources, while the committee will be headed by a retired High Court or Supreme Court judge, it will also have a retired senior police officer, a Delhi government representative, an NGO representative and a woman member.

According to the Supreme Court order, the head of the authority “shall be chosen by the state government out of a panel of names proposed by the Chief Justice… The authority would take cognizance of only allegations of serious misconduct by the police personnel, which would include incidents involving death, grievous hurt or rape in police custody… The recommendations of the authority, both at the district and state levels, for any action, departmental or criminal, against a delinquent police officer shall be binding on the concerned authority.”