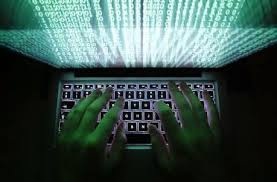 Cybercriminals are targeting the expanding network of internet-connected devices like smartphones and CCTV cameras, security solution firm Symantec has said. While mobile devices will continue to attract cybercriminals, Symantec anticipated that commoditised ‘plug and play’ consumer devices like CCTV cameras and remote access controls for alarms, lighting and climate control will be exploited by cybercriminals in the coming year.

Cybercriminals are also expected to increase attacks on smartphones using fake apps. “While many internet users are reluctant to share banking and personal identifiable information online, others are willing to share information about their location, and mobile device battery life as well as allow access to photos, contact lists and fitness information, all in exchange for mobile apps,” Symantec India President (Sales), Sanjay Rohatgi said.

Highlighting threats around connected home automation devices, Rohatgi said while the embedded and small devices continue to become more prevalent, not many of these devices are deployed with internet security in mind.

“(Cyber) attacks are becoming more sophisticated. All indications are that 2015 will bring more of the same, with the struggle between those wishing to create new threats and exploit vulnerabilities and those looking to protect against them likely to intensify,” he said. Advancements in Internet of Things (IoT) and smartphone penetration means consumers will bring increased connectivity across devices and machines. “And with this connectivity, comes the potential for a whole new range of security risks. In 2015, we can expect attacks to get smarter and sharper,” he added.