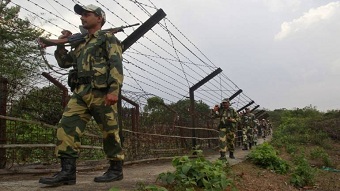 The Border Security Force (BSF) is laying its groundwork to prevent cross-border smuggling and infiltration from Pakistan as the central government plans to upgrade the existing border security with thermal imaging surveillance. A smart fence will be put along the international border in Punjab.

Refusing to share the exact details about the smart fence, Mukul Goel, Inspector General of BSF, said: “Pilot project was going on outside Punjab and once it achieves success, the existing border fence would be replaced with the smart fence.”

The existing border security was installed before 1993, which used cobra wires. High voltage electricity was passed through the wires. The new smart fence is equipped with CCTV, alarm, heat sensors, loudspeakers and other surveillance and monitoring devices. This fence provides complete security across the border by alerting BSF personnel through a live broadcast on spotting the slightest movement. If someone tries to cross the border by digging, the new fence also employs an Intrusion Detection system, to immediately alert the BSF personnel. This smart fence is expected to cover a 553-km stretch of the Indo-Pak international border in Punjab. “The pilot project was ‘somewhere’ operational on a 5-km border stretch,” a source said