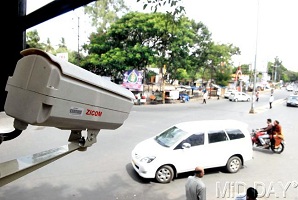 Banks are securing their automated teller machines (ATMs) with e-surveillance systems, a shift from the practice of deploying guards, for enhanced safety, reliability as well as reduced costs. The contracts for provision of e-surveillance architecture have been awarded to a few firms specialising in security systems, said Pramoud V Rao, Managing Director of Zicom Electronic Security Systems Ltd.
The Mumbai-based firm has got orders for 6,000 facilities and expects more business from Vijaya Bank and Canara Bank which are likely to finalise similar contracts soon.

In the first phase, 20,000 ATMs have been taken up by both private and public sector banks, including SBI, HDFC, Axis, ICICI and PNB. Mr. Rao said installation of multiple CCTVs and sensors, including motion and thermal sensors besides alarms and communication systems formed part of the contract. He said two-way communication systems are also installed and all the devices monitored remotely from the command centre of the company. Noting that the sensors detect attempts to tamper with the cash machine, he said such security set up had become necessary with attempts to break-in on the rise. In the event of a break-in, the personnel at the command centre use the communication system to warn the intruder and alert the police. Some banks also have patrolling security staff, who also get alerts.

Cost savings is the main reason for banks opting for e-surveillance, he said, adding their expenditure would reduce by as much as 90 per cent. Per ATM, the cost of e-surveillance worked out to Rs.3000-4000, he added. The two lakh odd ATMs in the country, he expected, would switch to the new system over the next three to four years. Earlier, Mr.Rao announced the launch of Zicom’s ‘Make Your City Safe’ service in Hyderabad under which the company would undertake installation and maintenance of CCTV surveillance and monitoring of residential complexes, commercial establishments, educational institutions and hospitals. Users need not purchase the hardware and are required to pay only a fee for availing the service. It would offer similar services for complexes where CCTVs are available.