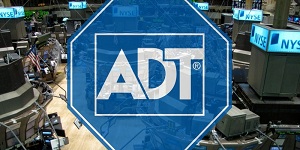 After purchasing ADT only just over a year ago for $7B, Apollo Global Management is already preparing to go public with the company by registering for an IPO potentially as early as autumn 2018. This is according to various speculative reports coming from Reuters, CNBC and the Wall Street Journal all of whom quote sources familiar with the situation.

Reuters reports that if this IPO were to go ahead it would be the largest private equity-backed initial public offering since hotel company Hilton Worldwide Holdings went public with a $19.7 billion valuation in 2013. After buying ADT in February 2016 for $7 billion, Apollo Global Management merged the company with Protection 1, a smaller enterprise that it had acquired earlier, and now is potentially aiming to make a quick turn around on the investment by valuing the combined company at over $15 billion.
In 2016 after the completion of the ADT acquisition, Timothy J. Whall, President and CEO of Protection 1, was appointed as the CEO of the combined business. At the time he said, “Protection 1’s robust commercial presence will speed ADT’s expansion into the commercial sector supported by increasing commercial sales and technical skills across a well matched national footprint.”

Credit rating agency Moody’s suggests that ADT is expected to have total 2017 revenue of about $4.0 billion, which is growing at a pace of roughly 2 percent. According to Reuters, Apollo acquired ADT as the credit markets tightened. To help fund it, Apollo and its co-investors agreed to provide a huge stake of $4.5 billion for the deal – equity that it seems they are now keen to see a quick return on