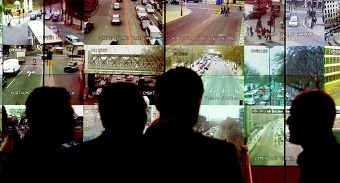 Officials from the Department of Home Affairs in Australia have sought to assuage concerns that a proposed national facial recognition service could lay the basis for mass surveillance.
The government currently has two bills before parliament — the Identity-matching Services Bill 2018 and the Australian Passports Amendment (Identity-matching Services) Bill 2018 — which are part of creating the legal infrastructure for the new system.

The Commonwealth, state and territory governments have endorsed the idea of a national, federated system for facial identification and verification, which could draw on the driver’s licence data held in different Australian jurisdictions as well as other sources of face images including passport and citizenship data. In October 2017, the Council of Australian Governments (COAG) signed the Intergovernmental Agreement on Identity Matching Services (IGA) that committed them to promoting “the sharing and matching of identity information to prevent identity crime, support law enforcement, uphold national security, promote road safety, enhance community safety and improve service delivery, while maintaining robust privacy and security safeguards”.

The services are “not intended for mass surveillance,” acting first assistant secretary, Identity and Biometrics Division at the Department of Home Affairs, Andrew Rice, told a federal parliamentary inquiry into the two bills. He said the operation of the system meant that it couldn’t, for example, be hooked up to a live feed to provide real-time facial recognition of people in a public place. The Face Identification Service, for example, will operate through returning a collection of possible matches that a FIS-trained user would then have to sort through, he said. The IGA says the FIS will provide “a gallery of the highest matching facial images, as determined by the facial recognition system”