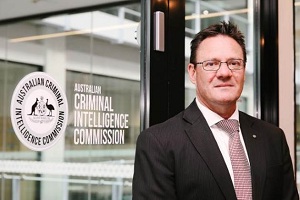 A project to introduce fingerprint and facial recognition technology across Australia has been abandoned due to substantial cost increases and delays. In 2016, the Australian Criminal Intelligence Commission (ACIC) signed a 34-million-U.S. dollar deal with technology firm NEC Australia to expand the nation’s fingerprint database to include other biometric details, such as facial recognition and footprints. The project, however, has been blighted by missed deadlines and overspending of millions of dollars.

“The Australian Criminal Intelligence Commission has decided to discontinue the Biometric Identification Services (BIS) project,” ACIC chief executive Mike Phelan said in a statement.
“This decision was taken in light of project delays. “The ACIC is committed to delivering projects that enhance capability for our law enforcement partners. “As part of this approach we regularly review the scope, expected benefits and ongoing feasibility of our projects.”
The commission, a federal law enforcement and criminal intelligence agency, has asked the National Audit Office to investigate how the project had been managed.

In response, NEC Australia defended its work on the project and said it was extremely disappointed by the decision to scrap it, adding the company enjoyed a strong reputation globally for its work in biometrics “NEC has worked closely with the ACIC to deliver the BIS project and have clearly demonstrated to the ACIC that we already have a high-quality solution that will meet their needs,” the company said in a statement.

“It is important to note that the ACIC terminated the contract under the ‘termination for convenience’ clause, and not because NEC had been in breach of its obligations. “The termination for convenience clause allows government departments and agencies to terminate a contract, regardless of whether or not the contractor has committed a default or breach of that contract.”