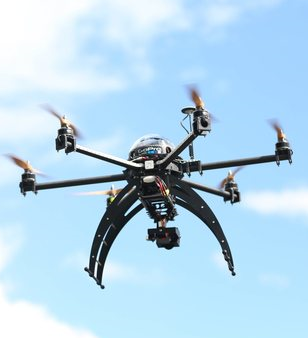 A bi-partisan bill being discussed by lawmakers in California could keep police agencies and other government entities from using drones to conduct warrantless surveillance across the state. The bill, AB 1327, would require law enforcement, fire departments and investigative agencies to get a judge’s permission before putting an unmanned aerial vehicle, or drone, into California airspace to collect intelligence. It passed the State Assembly by a 59-5 vote.

Thousands of drones are expected to be dominating American airspace by the end of the decade, though few measures to restrict their use have fully materialized as of yet. The state of Virginia agreed last year to put a 24-month moratorium on UAV use there, but similar legislation has been few and far between elsewhere. Should this effort succeed, then Californians — around 38 million of them — would be largely spared from being spied on by surveillance drones.

Gorell, who represents a suburb north of LA, is worried that lightweight drones outfitted with high-definition cameras will be abused by law enforcement agencies and deployed to do surveillance over huge swaths of space. The measure would not outright ban those surveillance missions, but add a layer of oversight to ensure law enforcement agencies don’t deploy drones without judicial approval. In cases of emergency, however — such as hostage situations, dangerous pursuits and massive fires — Gorell’s bill would still let certain agencies send drones into the sky when other options would prove ineffective. Another provision, though, lets police do drone searches over illegal marijuana farms without requiring a warrant.