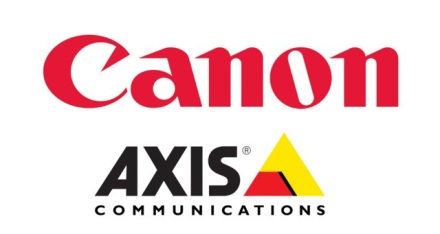 Following the announcement that Canon has made a public offer to acquire Axis Communications, Jon Cropley, Principal Analyst for Video Surveillance Equipment at IHS Inc., suggests that this move may just be the tip of the iceberg in terms of forthcoming developments within the video surveillance equipment market.

Cropley affirms that this is a major development in the video surveillance equipment market. “Until last year, Canon was a small player in this market. However, back in August 2013, it revealed big ambitions when its CEO, Fujio Mitari, spoke about security cameras becoming an “important pillar” for the company and the market having “limitless possibilities for growth”. Then in June 2014, Canon acquired the world’s largest supplier of video management software, Milestone Systems. Now, Canon is purchasing the world’s largest supplier of network cameras. All of this shows just how serious Canon is about expanding its interests in the video surveillance equipment market.”

IHS estimates that Axis Communications was the third largest supplier of video surveillance equipment in 2014 with over 5% of a global market worth around $15 billion. Despite this, the company has faced intense competition, particularly from Chinese rivals in recent years. “The largest of these, Hikvision and Dahua, have both been gaining market share faster than Axis. At the same time, the average selling price of a network camera has more than halved between 2010 and 2014.”

Canon’s acquisition of Axis is the latest in a number of major changes to the structure of the supply chain for video surveillance equipment.  It comes just two months after Samsung Group sold Samsung Techwin. Today, the supply chain remains highly fragmented. The top fifteen suppliers account for less than 50% of revenues and there are thousands of small suppliers. Cropley concludes with a comment to ‘watch this space for the future’.  “Consolidation has been anticipated for some time and Canon’s purchase of Axis could be just the start of a series of industry acquisitions in 2015.”