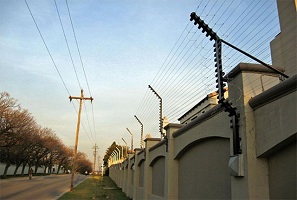 US-owned security company Chubb will sell 100% of its South African business to a black economic empowerment consortium led by Kilimanjaro Capital, according to a report by Engineering News. The move comes ahead of new laws included in the Private Security Industry Regulation Amendment Bill. Quoting Standard Bank commercial banking head Craig Polkinghorne, the report said that the bank – which is reportedly financing the deal – saw the potential for the introduction of a black-owned company into the security sector.

According to the report, Chubb will continue to operate in South Africa but will be rebranded under a new name, and will also expand operations. The proposed Private Security Industry Regulation Amendment Bill was mooted again in May following an almost three year silence.

The chief criticism of the new bill centres on the power given to the minister of police to expropriate up to 100% of a foreign-owned security company, and limit foreign ownership of local private security companies to 49%.

In addition, there are concerns that the bill is focused less on legislating the companies and more on regulating them as businesses. This would mean that the sector would be subject to government’s “transformation” strategies and discouraging foreign investment in favour of South African ownership. Importantly, these clauses would be in violation of South Africa’s commitments under the World Trade Organisation’s (WTOs) General Agreement on Trade in Services (GATS) and would likely see the country’s economy affected elsewhere.
In an analysis of the economic implications of the Bill, economist Roelof Botha indicated that more than 800,000 jobs across various sectors would be lost, as well as about R133 billion of the country’s GDP, should the Bill pass in its current state.

Botha directly attributed this to a hypothetical 10% drop in South Africa’s exports to the US and to Europe and the assumption that the Americans will kick South Africa out of the African Growth and Opportunity Act (Agoa) because of the security bill.