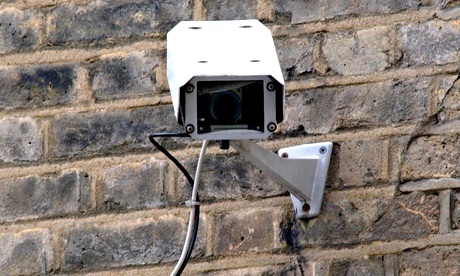 Homeowners who use a domestic surveillance camera system on their properties but fail to take their neighbours’ privacy into account could face tougher rules in future, a Home Office watchdog has said. The surveillance camera commissioner, Tony Porter, said there had been a rise in the use of domestic CCTV cameras since it became possible to buy a high-definition system for a little over £100. “This upsurge in domestic use is directly responsible for an increase in complaints around their use,” Porter said in his first annual report. “It is within my remit to refer to government any emerging issue that may require further regulation. I intend to engage and issue guidance to manufacturers, retailers, installers and users to address core concerns. I cannot rule out making recommendations to government if the growing uneasiness continues and guidance is seen as ineffective,” he said.

The commissioner said the most common concern raised with him – accounting for 80% of complaints received – were over the use of CCTV at someone’s home. “The concerns are primarily about the intrusion into a neighbour’s privacy.”

He said he recognised that there was sometimes a tension between one person wanting to protect their family and property, and the right to respect for the private and family life of a neighbour. He suggested that people consider installing alternatives to CCTV, such as passive infrared lighting, better external security or a fence. “If they were following best practice, they would discuss with neighbours before they install,” Porter said. Guidance to be issued by the commissioner will detail the legal remedies available to those who cannot amicably resolve disputes over the installation of cameras.