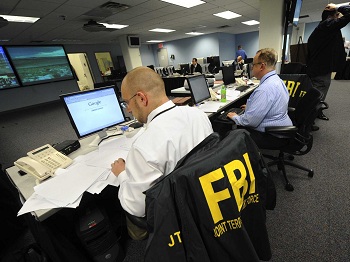 The FBI is opening a new biometrics research centre as the technology continues to take off among both government and the private sector. Outlining the development in a new report, market research firm Technavio explains that the FBI Clarksburg campus’ new Biometrics Technology Center will “serve to cement biometrics as an integral part of our modern security landscape.”

Technavio points to the BFSI sector in particular, and indeed in this area the market is already starting to see rising adoption of biometric authentication both on mobile banking apps and in banks themselves. The market research firm says that the BFSI sector accounted for $1.33 billion of the overall biometrics market last year, and by 2019 will reach $3.51 billion – a growth rate of 21.83 percent (CAGR).

Technavio’s report also makes a special mention of the US education sector. While it was valued at only $21.49 million last year, it could reach $70.12 million by the end of the forecast period, and that would reflect a significant growth rate of 26.68 percent. There could be some bumps along the way, but the nascent market is already showing promise and could indeed be one of the fastest-growing sectors as the overall biometrics market continues to expand.